After seeing a few driver’s backrests on Ebay, I decided I’d try to make one of my own.

I started by trying to get the bracket off the back seat that mounts the passenger seat to the driver’s seat. This was finally accomplished by taking the back seat entirely apart to get to the t-nuts inside. I have seen in several different places that you can’t take the back seat apart…not true. 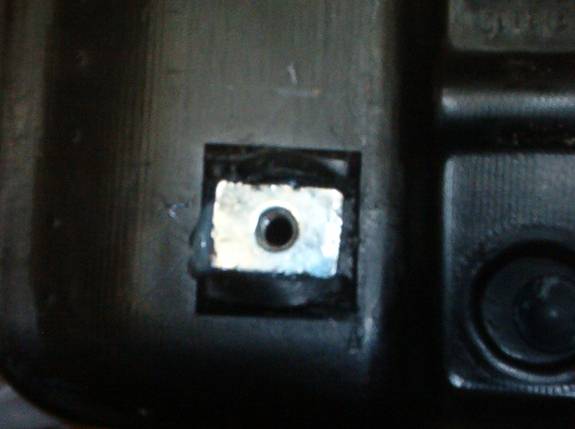 The t-nuts have plastic on the sides of them that are “supposed” to prevent them from moving. It doesn’t work. I epoxied both t-nuts in place so that won’t be an issue again. 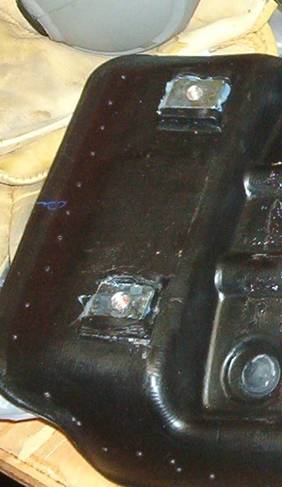 I then got a 1 foot piece of 1 inch wide, ¼ inch thick steel that I had bent 90 degrees 3 inches from the end. I ruined 3 pieces trying to do it myself, so unless you have a press, I’d recommend taking it somewhere. The guys at the local welding shop did it for no charge since I brought my own material. I forgot to take a picture of just the L bracket itself. 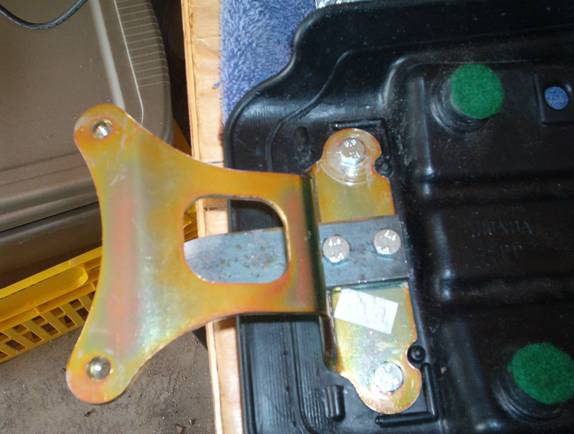 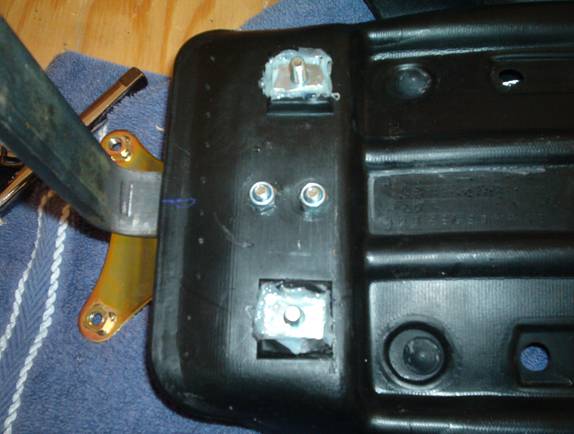 While the epoxy was drying, I made the wood insert for the backrest. I started with a 5 inch by 5 inch square and rounded the top off. I routed a ½ inch deep channel in the back to accommodate the L bracket. 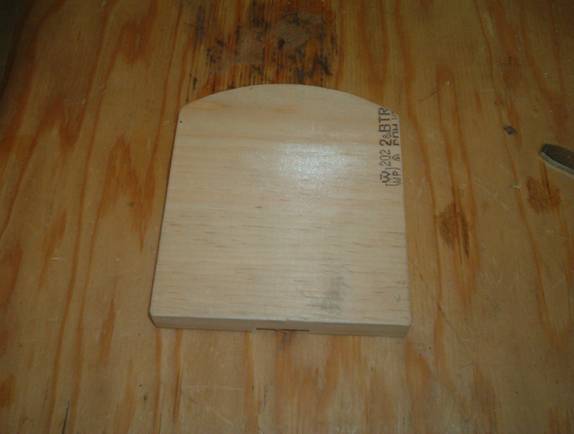 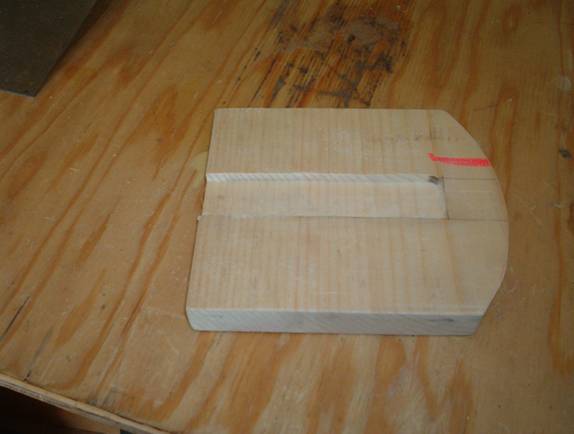 I then covered the wood with foam on the front and 4 sides (leaving the back uncovered) using spray glue. I covered that with leather-like material and stapled it on the back. 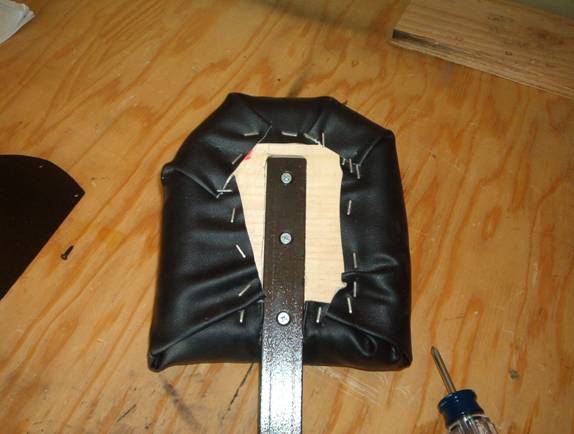 I also cut a cover plate for the back that you can see off to the left in the picture above to cover all of the ugly staples and screws. I painted the cover plate, cover plate screws and the L bracket with a hammered paint that looks similar to some powder coating.

I then attached the L bracket to the back rest and put the cover plate on. 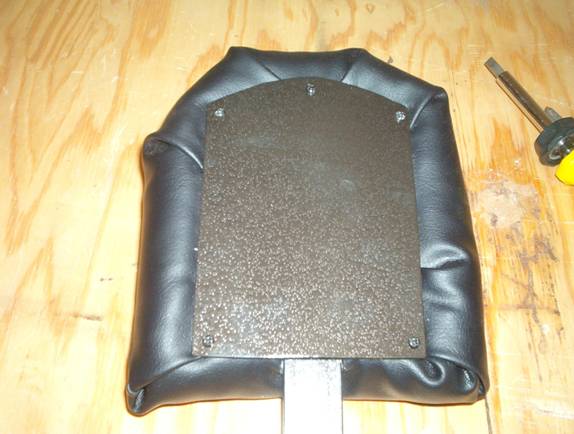 Some of the foam wrapped around the back and made it puff out, so it looks a little odd. 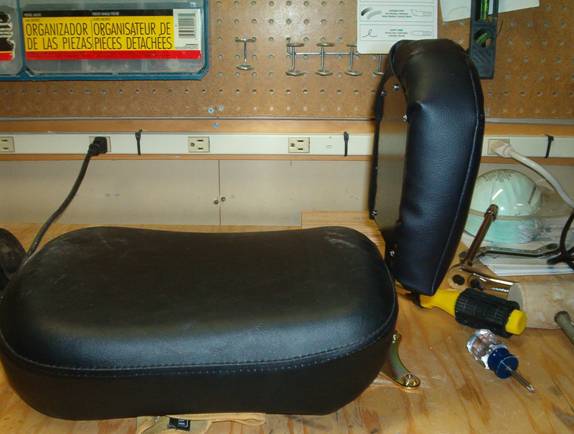 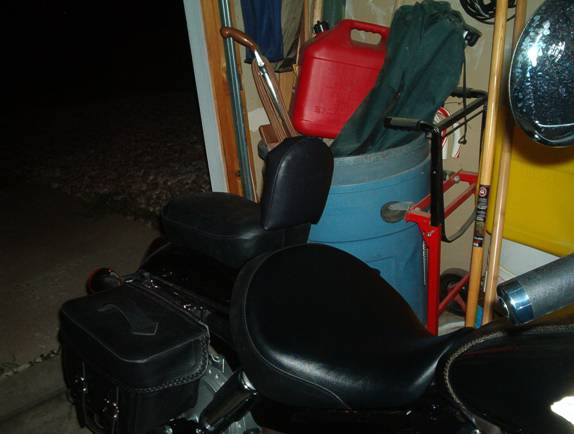 After taking a test ride, my opinion is to make the back rest wider. It does offer support, but as skinny as it is, it rubs right on my spine. On to the re-mod