I never like the OEM License Plate Bracket, seemed big for the bike and it took away the flow of the rear fender.

Simple modification, I started by removing the bracket by unbolting the three bolts on the inside of the fender. Once removed, I unclipped the lighting connector. I then began disassembling the unit. Most of it is straight forward, reaching the 2 nuts for the nose are somewhat challenging because of the angle, just be carful not to strip them. 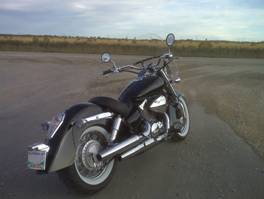 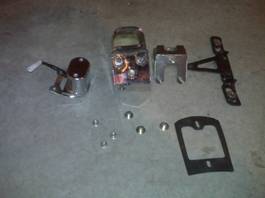 Next I trimmed the top nipple from the rear fender with a small hack saw and did a trial fit of the pigs nose. I adjusted the angle by slowly bending the bracket until I got the angle to my liking. 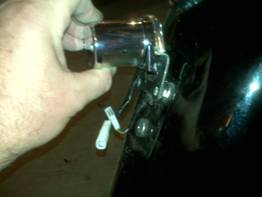 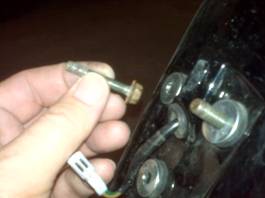 I then bolted (I had 2 x 1 ½ inch fine thread 10m metric nut and bolts, same size as original but longer) from the INSIDE of the fender back through the nose.

Below you can see the exposed threads, which I then added nuts to complete the installation for the bracket (these are all the original holes – no drilling required). I left the bottom hole empty. Next is how it looks with the bits left over. 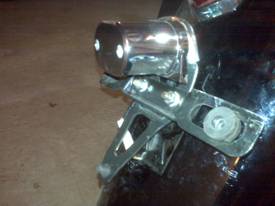 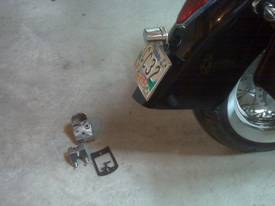 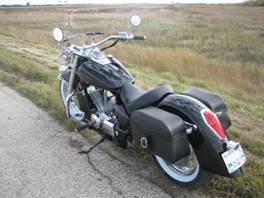