Based on personal (numb butt) experience and encouragement from so many others on the Shadow Aero 750 forum, I decided to try the stock seat modification. I first tried the mod documented by Rob "Hollywood" Low (strictly 750 Ace Forum), which certainly helped a lot. I felt (in my head and my butt) that there should be more I can do.

Then I came across the gel pad mod by Tim Gavett (Tim_Y_I_Work) on the Shadow Aero 750 forum. The major difference is that I did not want to go with a gel pad. I have a buddy who has access to ½" memory foam. So given the cheap person I am... here is my version of the stock seat mod.

Given I didn't have a gel pad to trace, I started out by drawing a bisecting line through the seat and tried to scribe an equidistant line 1 ½" from the edge of the seat. 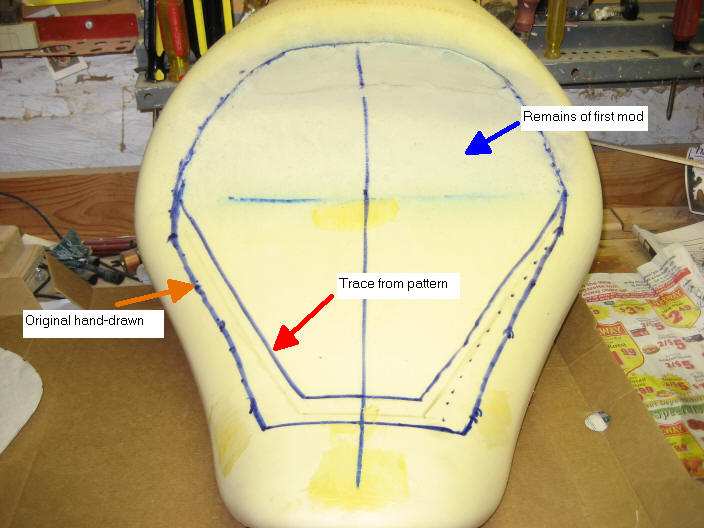 That didn't look right so decided to trace the entire seat on paper and start from there. I folded the paper in half and cut it that way, to get a symmetrical pattern.

The line you see on the tracing is a line I scribed in 2" from the edge and is what I ultimately used to trace the cutout in the seat and on the memory foam. 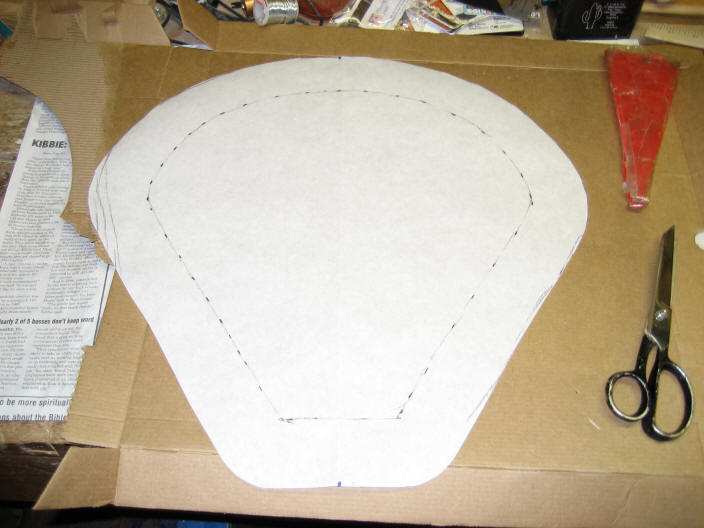 Probably the hardest part of this whole job is getting over the fear of making that first cut in the foam. Once you plunge the knife in, you're home free. BTW – go to your local Red Shield, Salvation Army, or wherever and get yourself an electric carving knife (per Tim's instructions) it works AWESOME!

Here we have the middle cutout to make the “doughnut". 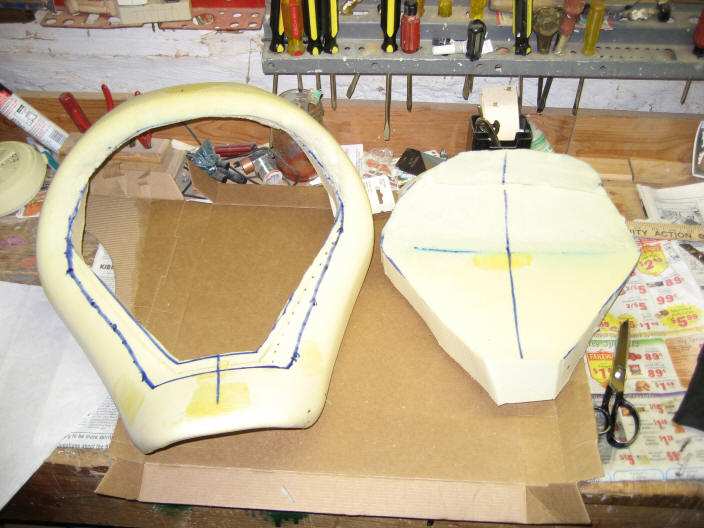 Next I cut off the “tailbone" part of the inner foam core and then sliced off 1" from the top of the core. I figured since the tailbone area is a sore spot with most, that I would replace that entire area with memory foam. 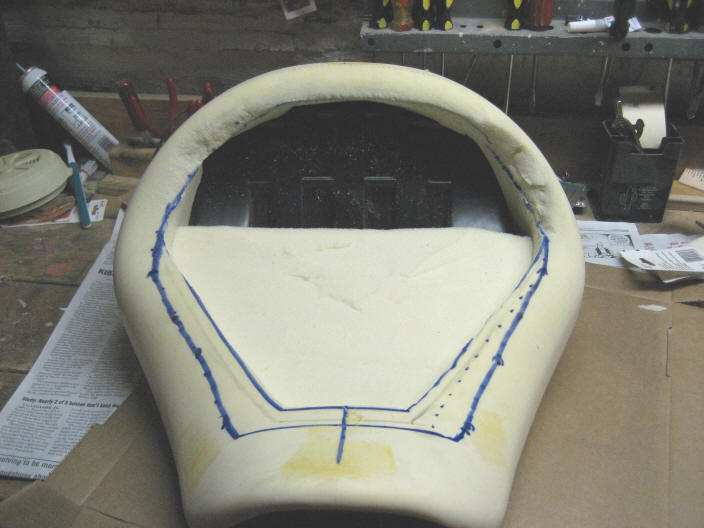 Throughout the next set of pictures, I assembled everything “dry". Once I was satisfied with the way everything fit and looked, I tore it all apart and glued it all together using Elmer's spray adhesive (about $4 at Menards). Follow the directions on the can (in several languages). I did NOT soak the memory foam, and in fact only used a light spray, even on the final covering layer.

Here is a side view to show just how much depth in memory foam I have to make up. 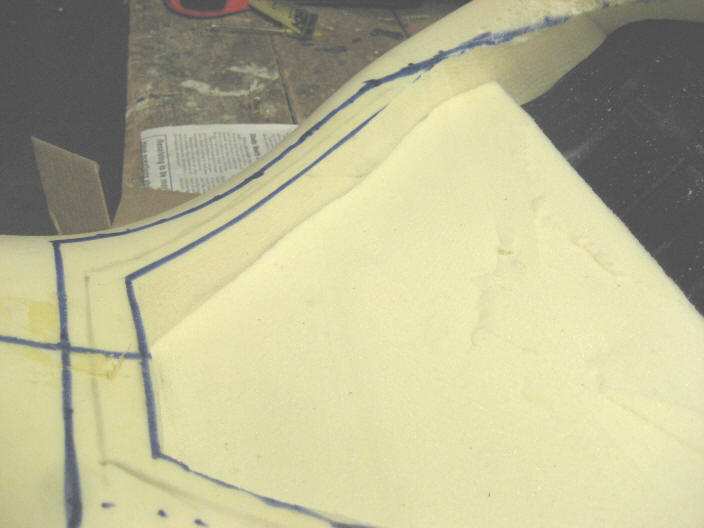 Placement of ½" “half-moon" of memory foam 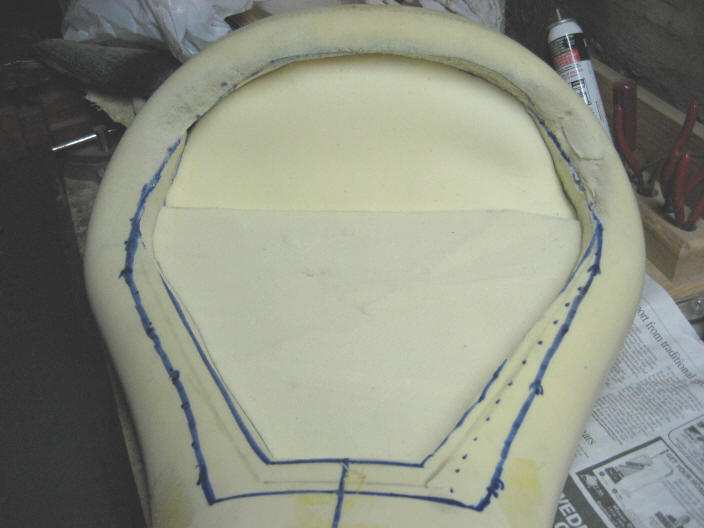 Next, it's time to cut out two complete pieces of the memory foam (that's 1 full inch of comfort folks!). 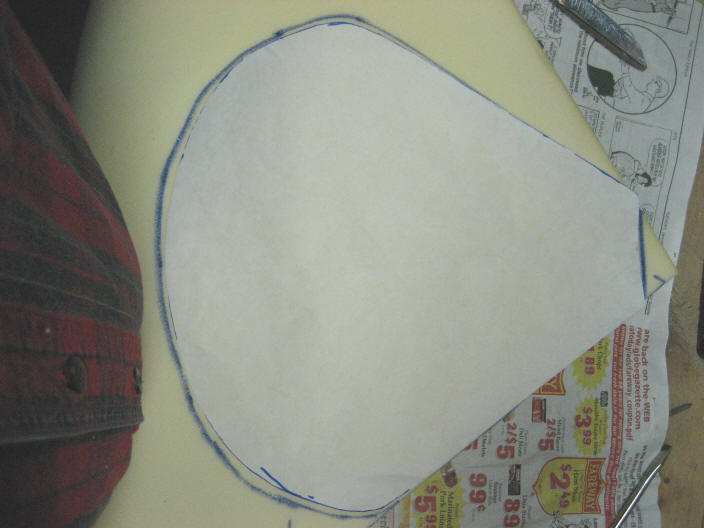 The memory foam is very forgiving, plus the template I used allowed me to match up with the doughnut hole really good. The 1 inch of foam fit excellent and came up to the correct height of the seat.

Finally, I wanted to avoid any ridge caused by the different densities of the foams, so I decided to cover the entire seat with ½" of foam. I took some “wing it" measurements from around the hole to the outside rim of the seat and then transferred those measurements to the foam. Connect the dots and here's what you get. Important thing here is that you can always trim away excess. 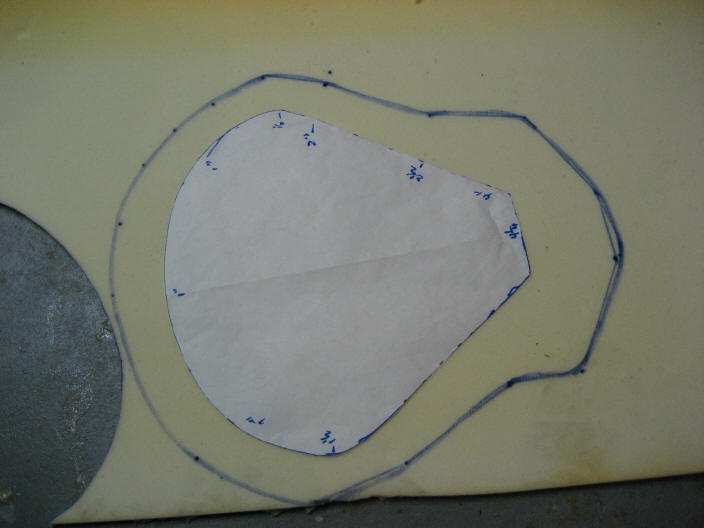 Here's a front shot of the covering layer. I did glue this one down first before trimming it. I've taken the electric knife and trimmed it all around to match the contour of the outsides of the seat. 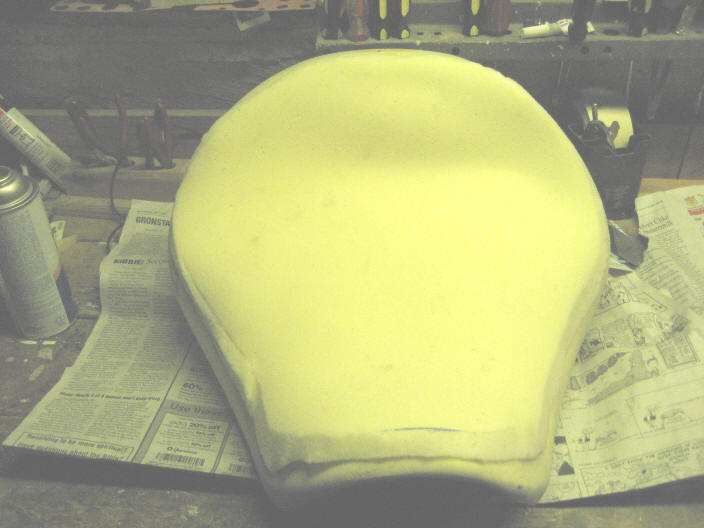 Here's a side view. The thing to remember here is that this isn't rocket science and close is probably good enough. The memory foam is pretty forgiving. 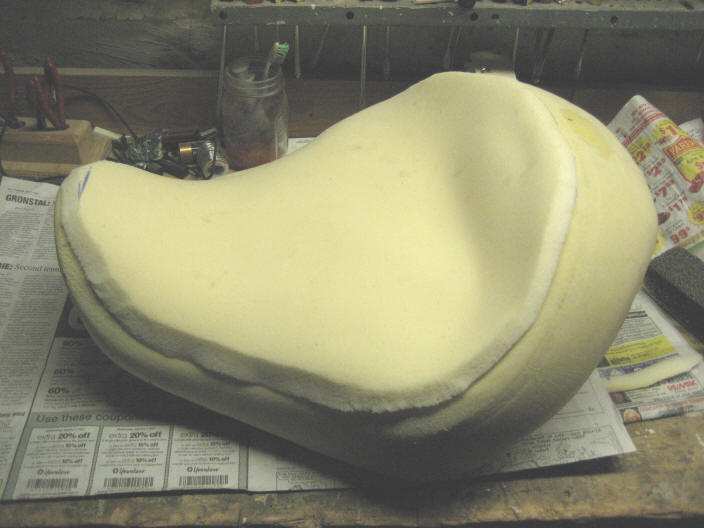 Follow other's instructions for stapling the cover back on. Remember to put the vapor barrier back on BEFORE you staple (a little spray adhesive on a few spots around the rim of the foam will help keep it in place. My recommendation is to use no larger than 3/8" staples.

And VOILA! – The finished product. Looks like a stock seat, but certainly doesn't feel like one. DISCLAIMER – as of this writing, I have NOT gone long distance due to weather conditions here in Iowa, but I just know that this mod is going to be a winner. It has a full 2" of soft memory foam under the tailbone, 1 ½" under the butt cheeks and ½" everywhere else. Total time to complete this project was somewhere around 2 to 2 ½ hours. 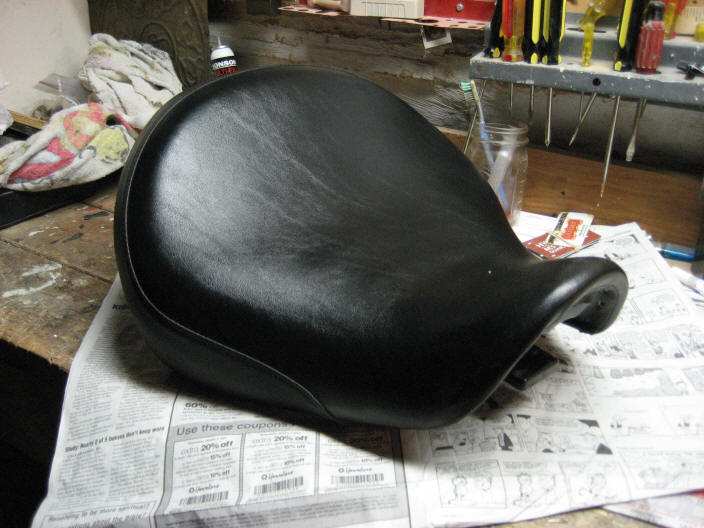 Can of Elmer's Spray Adhesive $4

Friend at the mattress factory Priceless