The 4° timing mod advances the timing about 4 degrees, and provides more "umph". It’s the cheap and easy version of a Dyna 3000 or an advanced trigger advance. Gives more mid-range power, quicker acceleration, and better throttle response.

To start, take a look at the right side of the engine where the clutch is located. 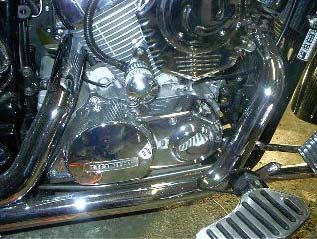 The chrome cover and engine cover needs to be removed. Depending on your exhuast system you may have to remove it.

Drain the oil. If its due for an oil change, also removed the filter. 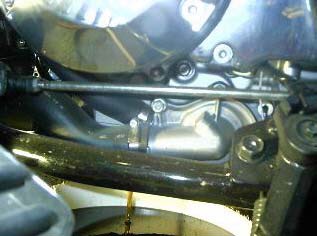 Remove the 8mm hex bolts on the chrome cover.

It’s a false cover that hides the engine block. 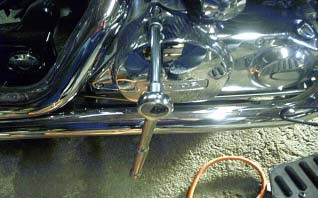 The cover will come off easily. 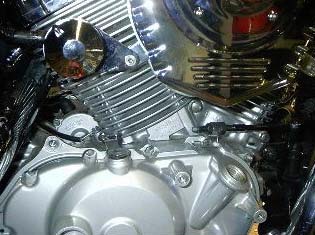 This will expose the engine casing. You will need a long 8mm socket to reach some

of the bolts on the cover. Remove them in a crisscross pattern.

I needed a flex extension to remove the lower right bolt as the exhaust was in the way. 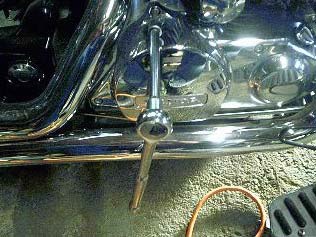 Double check and make sure ALL the bolts are removed.

I put an old cookie sheet under the casing as some oil will drip out. The pan also helps if you drop bolts.

When the bolts are all out the cover is on pretty tight, held in place by the gasket seal. I used the wooden end of a hammer to lightly tap the cover from the left side of the bike. A few light blows and the cover came loose. 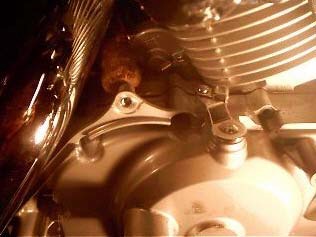 Now you’re looking at the clutch, timing gear and the pulse coil. 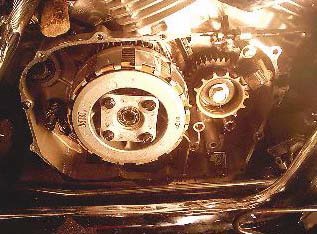 The clutch is held in place by four bolts and the square metal plate.

The pulse coil is located in the upper right of the pic. 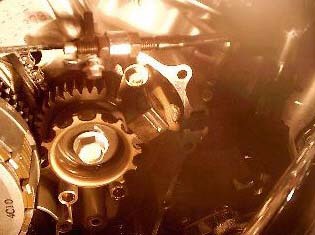 To replace the clutch springs with Barnett springs, remove the 4 bolts holding the square metal plate.

Loosen the bolts in a crisscross pattern. The clutch springs are held in place by these 4 bolts.

Once the 4 bolts are removed the springs will fall out. 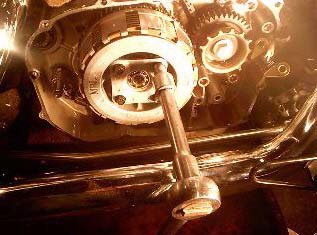 The stock spring is on the right and the Barnett on the left.

The Barnett spring is longer and will provide better tension.

Torque clutch bolts to 9lbs, which isn’t very much. 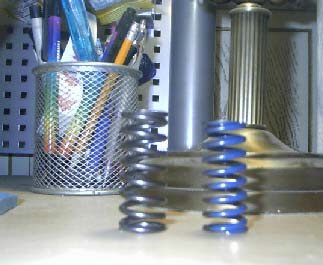 Install the new springs and tighten them down in a criss cross pattern.

As the Barnett springs are longer it takes a bit of pushing to hold the plate in place as you tighten the bolts. So far you have accomplished the clutch mod !

You can see the pulse coil (some call it pickup coil) held in place by two 10mm bolts. Remove the bolts and the coil will come out. I also removed the cable from the engine casing giving me more access to the coil. 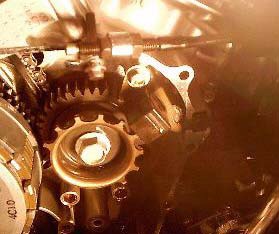 Put a towel over the internals of the engine.

As you will be grinding you don’t want metal shavings inside the engine. The goal here is to remove the lip on each bolt hole to make the plate flush.

I used cutting blade on a dremel tool. 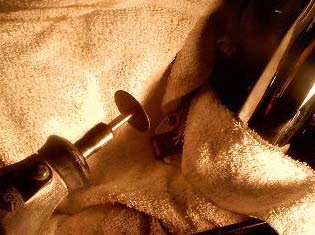 Using the cut off blade trim away the lip on the coil. 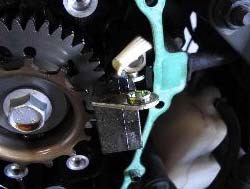 Be careful: don’t cut the wires and rip into the coil. 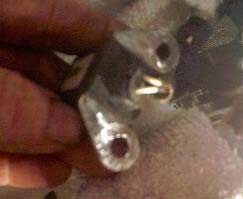 Next use a grinding bit and elongate the mount holes.

The pickup coil will be shifting to the left. 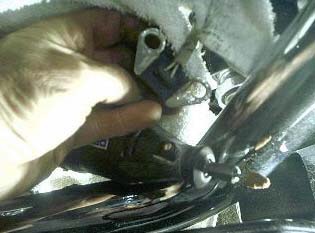 Once done make sure you clean any metal shavings off the coil.

Hold the coil to the rear of the bike and tighten the bolts.

Make sure the gap from the pickup to the little knobs is the same as before. 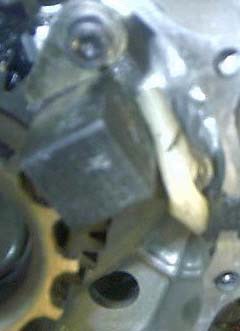 Clean all the gasket material off the engine case cover. I used gasket remover. I also wiped any oil/dirt from the engine block where it meets the cover.

Note there are 2 dowels, in my case one is on the cover and one is still on the engine casing. 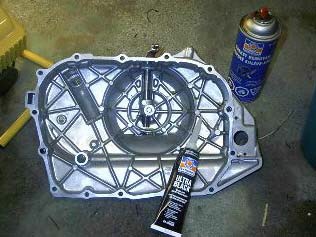 Use a small bead on the casing as you don’t need much.

Let is sit for a few minutes to get tacky then install it. 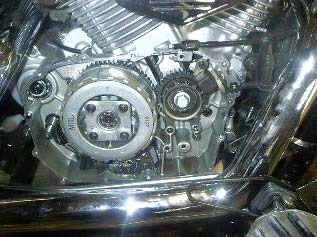 Install the bolts in a cross pattern, I initially just snugged them down.

Install the clutch cable. Be careful as it’s very easy to strip the cover mount bolts. I went over each bolt carefully using an 8mm nut driver and tightened each bolt. Once you do it you’ll know the feel of how the bolt sets.

I let the bike sit over night before adding oil. I fired it up, ran it for 2 minutes, shut it off and checked for oil leaks - and there was none. Went for a short spin in the pouring rain and noted a big difference in throttle response, firmness of the clutch and the bike started without using the choke! I still have to fine tune the dial-a-jet but so far it’s been great.