I picked up a new tach from Performance Lightening for $75, a steal of a deal. It had one little flaw in the chrome that can hardly be seen. Since the Aero doesn't come with a tach I've always wanted one. Although the tach is large and designed for 1 1/4" bars, I adapted it to fit my 1" bars by using an old carb boot as a gasket between the tach and the handlebar. 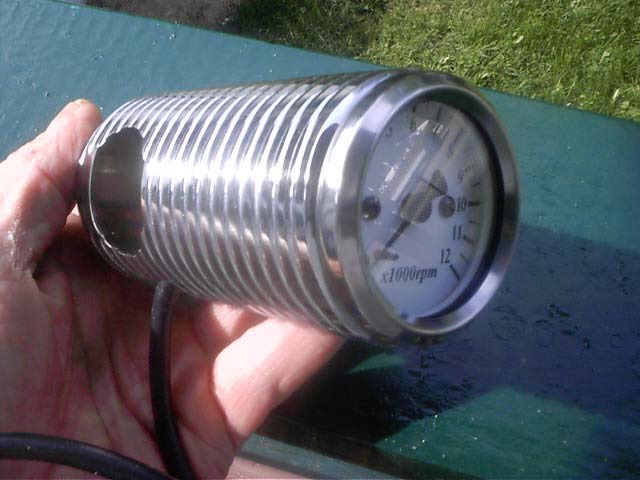 There are 4 wires running from the tach:

Red - to switched on power

I always run my wiring to the seat area of the bike, less hassle than going into the headlight assembly.

I used heat shrink on all the connections. I wired the ground the frame bolt by the seat, the green to the left side coil, and the red & yellow to the brown tailight wire. The junction is under the seat area 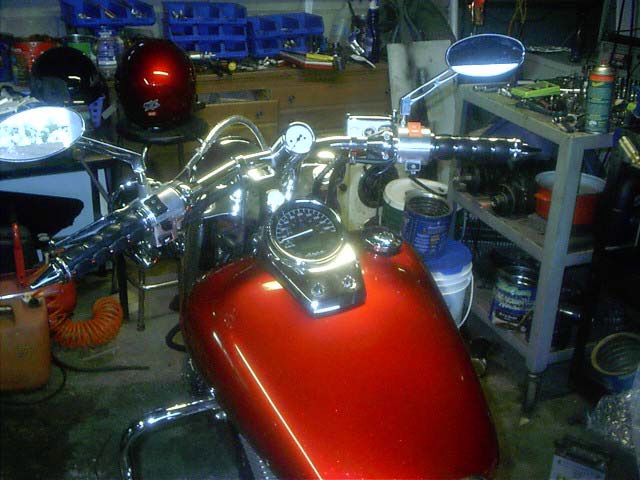 You can see the ground bolt in the top of the pic below. 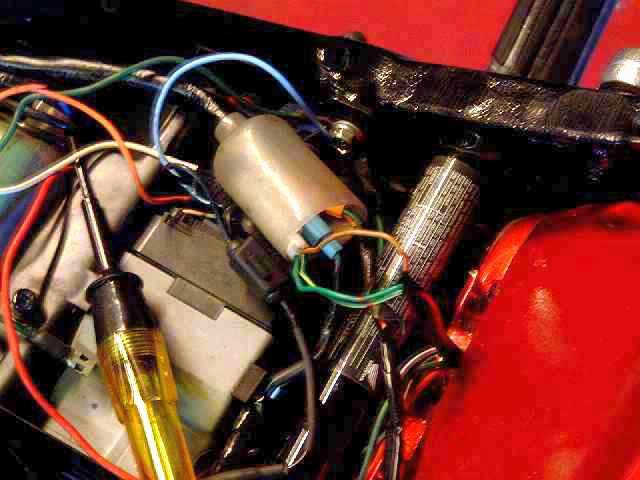 I strongly suggest to put an inline fuse, which I did near the seat area. I have an inline fuse for the air horn, tach, voltmeter, and the lightbar . It may seem like overkill but they only cost a couple of bucks and worth it.

Once wired up I tested it, and it has a nice blue neon glow to the tach face and the tach needle is nice and steady, with no flucuation (so far!). After a test run I adjusted my idle as the tach indicated it was too high.